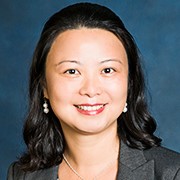 Lauren is an associate with the firm’s Estate & Trust Litigation, Wealth Preservation, Strata, and Insurance Groups. Lauren represents individual and institutional clients in wills related disputes, estate administration, committeeship appointments, strata disputes, commercial lease disputes, insurance claims and collection matters, and has assisted in cases at all levels of Court in British Columbia. Lauren received her first Bachelor of Arts Degree from a Chinese university in 1997, and her second Bachelor of Arts Degree in 2004 from the University of British Columbia. She studied law at the University of British Columbia, receiving several academic scholarships and earning her Juris Doctor degree in 2009. Lauren grew up and was educated in the People’s Republic of China. She speaks, reads and writes Mandarin Chinese fluently and has extensive business experience in China. She was called to the Bar of British Columbia in May 2010.